Twice as many Americans as Germans want self-driving cars.

That’s one of the first things I learned from asking the next set of questions.

About 400,000 people have put down $1000 each to reserve Tesla’s upcoming Model 3 – the all-electric, potentially self-driving automobile. Some of them even stood in lines that stretched for blocks to put down $1000 on a car they hadn’t even seen pictures of yet. (I’m one of them.)

Teslas can all be custom-ordered. Tesla has a great configuration site where you can pick out every detail – if you’re ordering a Model S or X. But so far, we Model 3 reservation holders don’t even have the opportunity to tell Tesla what color we want.

At least, not through Tesla’s site.

Model3tracker.info to the rescue! This crowd-sourced data lets anyone self-report the options they want to choose for their Model 3. Just register and fill out a survey based off previous official statements, and maybe some rumors and tea-leaf reading, too.

Now, Teslanomics’ Ben Sullins – formerly the Chief Data officer at Pluralsight – has uncracked that dataset with a Tableau Public viz:

We interrupt this blog post to try out different ways around the problem of embedding Tableau Public vizzes on WordPress. Seeing a couple different suggestions using Tableau’s new support search.

Tried using the “logical line breaks” method John Barr described on the Tableau forums.. It did not work, even when I copy/pasted from John’s example. Though clearly it works on his blog.

Ugh. The regular embed code works just fine on WordPress in general – it looks like it’s a problem with specific WordPress themes. Bleah. Ok, for now I’m just going to cheat, strip out most of the embed, and use only the static image. Click through to Tableau Public to interact. There are other approaches I can use, I’ll come back to those…

Alright, back to Tesla datavizzing! 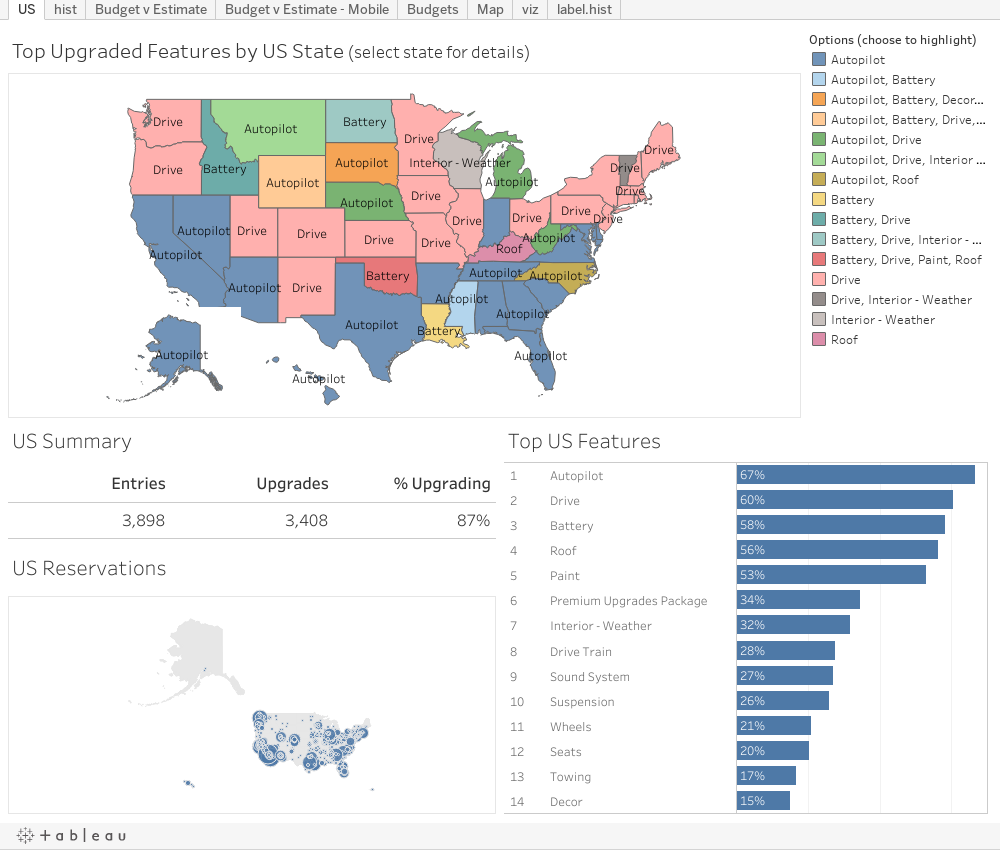 Pretty cool, huh? Seeing this dataviz made me want to ask some more questions, though. What about the rest of the world’s orders? Do we all want the same thing? Let’s see: 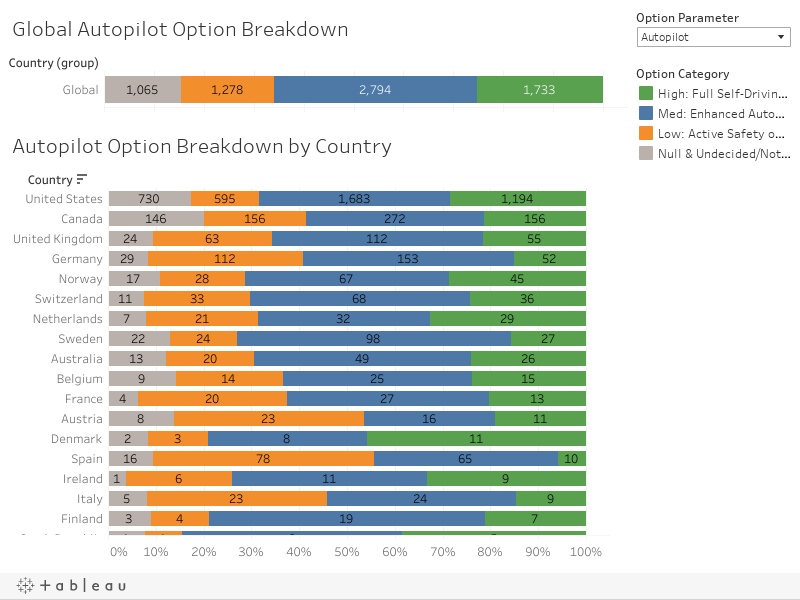 I plan to come back to this blog post and update it with a few details about how I made this viz, and keep updating it. Already I’ve tried out a few techniques and features I haven’t previously, and learned a thing or two.